How equitable is bicycling infrastructure? 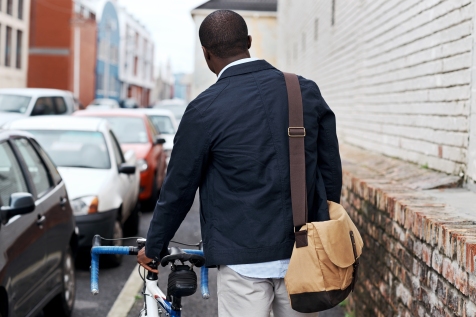 As the movement to promote bicycling as a means of transportation has grown, so has the amount of money governments and nonprofit organizations are investing in the nation’s urban bicycling infrastructure. A concern, however, is whether these investments are distributed equitably among neighborhoods. In a new study, U of M researchers looked at this issue using Minneapolis as a case study and found that though inequities still exist, equity is improving.

“Our analyses showed that bikeways are not distributed equally. For example, we found that urban trails are more likely to be in wealthier neighborhoods with a higher percentage of white residents,” says Jueyu Wang, a doctoral candidate in the Humphrey School of Public Affairs and the study’s principal author. “The good news is that investments made in bikeway infrastructure between 2010 and 2014 increased the equity of the bikeway distribution, indicating that the city has made progress.”

The study used two measures to assess both the “horizontal” and “vertical” equity of the bicycling infrastructure in Minneapolis. Under horizontal equity, bicycling infrastructure is equitable when it is equally distributed and various subgroups have the same access regardless of their needs or preferences. Under vertical equity, the focus is on the implications or outcomes for disadvantaged groups; in transportation, it is often assumed that lower-income individuals need greater access to public transit and that this is equitable, Wang explains.

The first measure researchers considered, known as a “Gini coefficient,” provides a single flexible measure that allows comparisons within and between groups. The second measure, a “bikeway penalty,” is calculated as the loss of job accessibility resulting from the choice to use bike paths and “low-stress” street networks for commuting. Calculation of the bikeway penalty for neighborhoods across the city is an innovative way to assess levels of connectivity via bikeways and allows comparison across different groups. Minneapolis was chosen as a case study because the city is making substantial investments in bicycling infrastructure and because data with which to assess changes in equity over time are available, Wang says.

Findings indicate that the equity of access to trails did not change over time, but they also show that growth in miles of bikeways increased horizontal equity for all groups. In addition, the researchers found evidence of vertical equity in terms of access to jobs via low-stress networks. Specifically, the bikeway penalty was lower for disadvantaged groups, which the team suggests may be associated with the concentration of their residential location near downtown.

Going forward, these measures can be used to inform planning for and investments in bicycling facilities and to assess and compare the bicycling infrastructure of cities. “The tools we developed provide simple and easy-to-apply measures of bicycling equity,” said Professor Greg Lindsey, Wang’s advisor. “Projects that use this approach can begin to establish comparative equity between cities, and the use of these new performance measures will be valuable for the assessment of the equity of bicycle facility distribution.”