Reform the fuel tax to improve our future

Posted on April 7, 2015 by Christine Anderson — Leave a comment 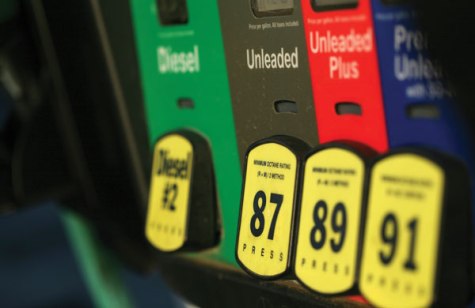 Finding the funding needed to meet documented highway, bridge, and transit needs continues to be hotly debated in Washington, DC, and in state capitals around the country.

The level of investment in the nation’s transportation infrastructure has declined. Federal figures compiled by The Associated Press show the total amount of money available to all states from the Federal Highway Trust Fund has declined by 3.5 percent during the five-year period ending in 2013. In Minnesota, the drop is even more severe: 33 percent.

At the same time, demand on the system and construction costs continue to increase. Population growth, increased freight shipments, and heavier vehicles have all contributed to a situation in which the transportation system is carrying much more of a load than it was ever designed to carry. According to the Minnesota Department of Transportation, highway construction costs have increased more than 70 percent since 2004.

Compounding these trends and helping to create a “perfect storm” for transportation funding is the growing fuel efficiency of motor vehicles in the country. In 1980, the average fuel efficiency of passenger cars, according the Federal Highway Administration was 24.3 miles per gallon. By 2013, that number had increased to 36 miles per gallon. This means that the average driver is purchasing over 200 fewer gallons of fuel in a year than in 1980. MnDOT projects that the number of gallons of fuel sold in the state will drop from 3.191 billion in 2008 to 2.5 billion in 2040. This has serious implications for a transportation funding system that relies heavily on taxes charged on motor fuels. At both the federal and state levels, fuel taxes continue to be the work horse when it comes to transportation funding.

The public has long supported the “user fee” principal when it comes to funding transportation, with fuel taxes, motor vehicles taxes, and transit fare revenue all playing a role in funding the system. The idea that those who use the system more pay more has been seen as a “fair” way to fund transportation. Voters have also shown through ballot initiatives that they are much more supportive of tax increases when the dollars are securely dedicated to transportation funds or projects.

So how do we deal with trends that are producing less revenue for transportation while maintaining the user fee principal? Some have suggested moving to a mileage-based user fee, which has its pros and cons, but there is widespread agreement that no state (nor the federal government) is ready to implement a wholesale change from the per-gallon fuel tax to a mileage-based user fee anytime in the next few years. The state of Oregon has been working for over a decade to promote the implementation of this system and is currently engaged in another pilot project.

The answer that is gaining the most traction and that has the best possibility for stabilizing transportation funding right now is a sales tax or gross receipts tax on the sale of fuel. This funding mechanism provides a bridge solution between the current per-gallon fuel tax and a strict mileage-based user fee.

A sales tax on fuel is an option that is easily and cost-effectively administered. No new technology or collection systems are needed to collect the tax. In fact, of the 19 states that currently charge a sales tax on fuel, some have been collecting this tax for decades.

In Minnesota, the solution that makes the most sense is a gross receipts tax on fuel. Minnesota has long relied on the fuel tax and the fact that Minnesota’s Constitution requires revenue from a tax on fuel to be deposited in the Highway User Tax Distribution Fund and used solely for a highway purpose. The language of the Constitution also stipulates that any revenue from a tax on the business of selling fuel (a gross receipts tax) has to be deposited in the highway fund. Therefore, this type of funding mechanism maintains the constitutional protection that has been critical for Minnesota’s transportation system. It also retains the same distribution of funds as the current per-gallon fuel tax.

In fact, the gross receipts tax retains many of the same features and functions as the existing per-gallon fuel tax. It would be collected at the wholesale level, just like the current fuel tax, and the same exemptions to paying the tax would apply. The Department of Revenue would simply determine the average wholesale price of fuel for the previous year, apply the rate of the sales tax, convert the resulting dollar amount into a cents-per-gallon equivalent, and then adjust the existing per-gallon tax accordingly. The main change would be that the per-gallon amount would be adjusted every year, allowing the revenue to increase as fuel prices and construction costs increase.

More states are considering this approach to funding their highway and bridge needs every year. The state of Virginia enacted major reform legislation that phases out the per-gallon excise tax completely and replaces it with a sales tax on fuel. Pennsylvania passed major legislation that follows a similar path, while other states have considered a hybrid approach that keeps the per-gallon excise tax at some level and then adds a sales tax component so that at least a portion of the tax is variable.

As the country pursues important policies related to reducing dependence on fossil fuels and improving air quality, states and the federal government will need to adapt to these changes. In Minnesota, we need to move to the gross receipts tax on fuel to improve the safety and effectiveness of our roads and bridges with dedicated funding that will be sustainable for many years to come.